Jewish Business Owner Says Obama Has Turned His Back On Israel: Encourages Jews To Vote For Romney

Posted on September 27, 2012 by catprotector 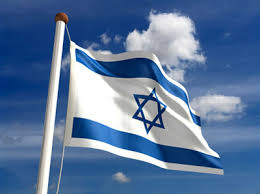 One small business owner in Phoenix is continuing to encourage Jewish voters across the country to vote for Mitt Romney in an effort to show support for Israel. While he has been blasted by the liberals for his stand, Nohl Rosen says Barack Obama is no friend to the Jewish community.

“Obama has clearly turned his back on Israel in favor of its enemies that wish to destroy the Jewish state.  Jews in this country need to realize that there’s more at stake than just losing medicare or our economy getting worse. A vote for Obama means the destruction of our culture and heritage,” Rosen said.

Typically, the majority of Jews in the United States vote democratically, but Rosen says this election is extremely important and that a vote for Romney is a better course of action as he has shown strong support for Israel. Romney has visited the Jewish state several times, met with its leaders there and believes in its right to exist. Rosen says that is opposite of Obama who sees the concerns of the Jewish people and Israel as nothing more than noise and not worth dealing with. He cited Obama’s recent snub of meeting with Benjamin Netanyahu in favor of going on David Letterman and hanging out with Beyonce and Jay-Z as one example. He also noted Obama failing to condemn the actions and words of Islamic controlled countries that would threaten Israel. Obama continues to have relations with the Muslim Brotherhood which now controls the Egyptian government. The Muslim Brotherhood is a known terrorist organization which has called for Israel’s destruction.

Obama also refuses to place a red line in dealing with Iran which is on track to building nuclear weapons. Iran’s leader Mahmoud Ahmadinejad has threatened to destroy Israel and wipe the country off the map.

“Right now, Israel is completely surrounded by its enemies, thanks to Obama’s policies and his choosing to bow to the surrounding Arab nations that call for its elimination. If Israel is attacked by its enemies and falls , then every Jew in the world loses.  We need to vote Obama out in November so our people don’t end up facing another Holocaust. Right now, we have a chance to prevent that from happening by voting for Romney as he continuously has shown his respect for Israel and the Jewish people. We need a leader in the White House that’s willing to stand with Israel in the face of its enemies rather than simply call the concerns of the Jewish state noise and ignore them like Obama has,” Rosen added.

He also added that he hopes Jewish voters will wake up before its too late. Rosen runs Panther TEK, a local computer repair company.