What Happened To The USA I Knew & Loved?

Posted on November 9, 2012 by catprotector 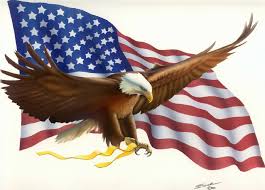 I read this morning that Obama has cried with campaign workers over his victory. The man is an actor and pulled off one of the greatest heists in history. He stole an election. The mainstream media also helped him do it by campaigning for him and attacking Romney at every turn. What happened to being unbiased in the media and reporting things objectively?

Right now the liberals are gloating and saying that Obama won and Romney lost and we should just live with it. The question is, why should we? This guy watched 4 Americans being killed in Benghazi and ordered our military resources to do nothing. Does the MSM even report on it? No, they don’t. Why? Because they joined the Obama Propaganda Network. I’m not talking about Fox News, but I am talking about MSNBC, CBS, NBC, ABC, and CNN.

You liberals must be pretty happy right now. You voted for a divided nation and received it. You wanted socialism and communism and you’re getting it. You wanted bigger government and are receiving that too. Yes, you fell for the Democratic propaganda that demonized Romney by telling you all things that weren’t true. Romney didn’t want to throw granny off the cliff. He wanted to save and actually overhaul Medicare to give you more choices in your healthcare not less. He wanted to put people back to work so they could feel pride again instead of having a nation dependent on the government. Mitt Romney is a businessman and he believed that if the nation prospers it makes us stronger.

Another thing Romney was for was women. The Democrats and Obama had you believe that Romney was some evil guy that wanted to take away a woman’s birth control and right to choose. That wasn’t true at all. Yes, he was pro-life but he didn’t say that a woman should still have a baby even in the case of rape or incest. The only ones stating that were the Democrats, the liberal media and Obama. Hardly what I would call reliable sources. If you want to know the truth about someone you go straight to the source and talk to either the person themselves or people who know him best.

This whole election showed something that was very clear and Rush Limbaugh who I don’t always agree with said something that was pretty much accurate. “You can’t vote against Santa Claus.” Obama promised all those who wanted it free stuff. In return the people that voted for him sold out their freedom, their country and the Constitution. Now they’ll tell you that’s being silly but it’s true. If a candidate said they were cutting off government funding like food stamps and welfare which you claimed you needed in favor of giving you a job, how motivated would you be to work?

They may not see it now or want to see it but the liberals and those who voted for Obama got what they asked for. Bigger government, more unemployment, a country even further in debt ($16 trillion and $6 trillion isn’t Bush’s fault but Obama’s) and thanks to Obamacare more small businesses are either having to lay off workers or know full timers down to part time in order pay for it. Some are even having to raise prices. I should know as I’m a small business owner.

Overall, this isn’t the USA I was born in and grew up in. It’s now become almost unrecognizable. The America I remember came together for the common good. They were proud to have a job when they got it and people wanted to nothing to do with welfare. Now we have a divided country and almost half on government handouts. We also didn’t have socialism or communism (didn’t we fight against that?) and now our system of government is being taken over by it.

Another thing about our country is we supported our military and fought back hard against terrorism. Ronald Reagan preferred peace through strength. If an American was killed abroad by terrorists or anti-US forces, we didn’t try to make peace with them and apologize to the attacker, we struck back hard and made them afraid of us so they wouldn’t mess with our country again. Now, we have a leader who apologizes and panders to our enemies making them no longer afraid of us but instead more emboldened by our show of weakness. He along with the Democrats have cut our military budget and made our military weaker.  In fact, at this very moment Obama is trying to make peace with Iran and has turned his back on Israel. Not surprising though considering Obama is a Muslim. In fact Muslims are gaining power in our country and pressing for Sharia Law in the USA. I wonder how the liberal women who voted for Obama will feel about that one considering Sharia Law doesn’t allow women to vote nor have wealth. In fact it reduces women to being servants to the men.

And where is the government help after Hurricane Sandy? Oh that’s right, they weren’t anywhere to be found. Many people are still without power, there are long lines at gas stations in affected areas, there’s widespread looting, and people fighting over food and dumpster diving. Obama flew in New Jersey, got his photo op and left. Yes, just like with Benghazi as people cried out for help he turns his back on them. Yes, you got the leader you wanted and it’s disgusting that you’d want someone like this to be the leader of our country not just for 1 term but two.

The Democrats sunk to new lows in this election. They lied and deceived the people and those who voted for Obama and the Democrats cried out for more. Back in March Obama told the Russian president that when he’s elected to a second term that he’ll have more flexibility. What does that mean? You’re about to find out and it isn’t good. One of the first calls congratulating Obama on his win was Putin and other shady leaders.

So to those that voted for Obama and supported him I hope you’re happy with the change you voted for. In the USA I remember this being “one nation under God” not one nation under Obama. Did you know that one of the first things Obama has quested to get rid of was the Pledge Of Allegiance? And what do the liberals do? They agree with him because God is in it. This is a sad day for country, not because Romney lost but because we had a chance to turn our country around to once again become strong, economically independent nation we once were. Instead, voters embraced the idea that it’s ok to lie, steal, cheat and take from others without having to earn your keep. What happened to the USA I knew and loved? Today, it’s almost unrecognizable.

In the America I remember entrepreneurs were celebrated for their ingenuity and their determination to make our lives better. Success was celebrated and growing up I was told that if I worked hard I could achieve anything. That’s all gone and now those like myself who work hard to become successful and prosperous are told that we didn’t build our businesses and that any wealth we achieve is bad so we must give it to someone else that doesn’t work in order to be true Americans. That’s socialism and I didn’t sign up for that plan.

Right now, I’m sad for my country not because Romney lost or that Obama won but because I was told growing up that it’s ok to be successful and that if you achieve wealth and prosperity, you shouldn’t feel guilty about it. As an owner of a small business I’ve had a chance to pass on words of wisdom to the next generation. Just like I learned growing up, if you work hard and believe in yourself you can accomplish anything. These days, some kids end up working hard, hear those words and are told by others they have to give up their spot for someone else. I’m seeing some kids that could be great leaders but I’m seeing many others that don’t want to work because of entitlement. The liberals and the Democrats painted the picture that you don’t need to work and that someone else will take care of you. This isn’t very uplifting to the next generation which will now have to deal with the debt created by such an ideal.

Even sadder is that over the last 4 years our society is teaching kids that it’s ok to be violent, rude to adults, and that stealing from others is acceptable. They aren’t learning this from other kids so much but from their parents. I’m not saying all parents are bad, in fact there are some great parents who’ve instilled in their kids that despite any pressures they might face from their peers, honesty and integrity are more important. I thank God there are still parents around that teach their kids right from wrong. They spend time with them teaching them that the golden rule matters. It also gives our country some hope.

Right now our nation is shattered and divided. This is exactly what Obama, the liberals and the Democrats wanted. Many of you voted for it, but once again I ask is this really the country you want? I know I don’t.